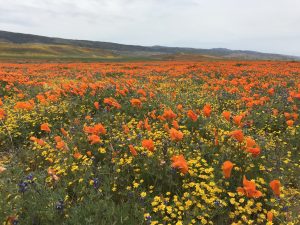 I was recently talking to friend of mine about my life, starting over, what I’m going to do now… the usual fare these days now that I am unemployed. And I had a revelation. I really can start over. I have no job, no relationship, nobody depending on me (now that Shira is going to Japan at the end of July) except my dogs. [And my mother, and that’s another story.] So the reality is that although I can’t MOVE anywhere else (for many of the same reasons that I didn’t go with Ken to Northern California), I can reinvent myself. It’s a strange thing to be starting again. Strange and damned scary.

[Aside: OK, now right there I see we have a problem. I can get work. I just can’t get work that is going to put food on the table and pay my mortgage–because I am a single person in a house that still has 10 more years to pay off (at an insanely low interest rate), and I need so much more than minimum wage to make my monthly bills. Holy Shit. How AM I going to pay my mortgage? But I digress.]

And then I remember that I have started working as a freelance writer (ha!) and writing coach. And so I don’t want to be looking for jobs anyway, except that I need to eat. Which brings us back to the above thoughts. Maybe Rebekkah can find work where Erika can’t, or maybe she could at least get that book finished! (You know, the one I’m going to publish so that when coaching clients ask me if I’ve published a book I can say, of course I have!)

Rebekkah. She’s much more fearless than I am. She doesn’t worry about what people think. She works with people who are trying to reconnect with their spiritual sides, especially when their religious upbringing tells them one story about themselves but their hearts tell them another.

Rebekkah does yoga and has a Bohemian spirit. She connects with nature and loves to be outdoors and sees the possibilities in all things. She is an amazing photographer, and she has such dynamic energy that people naturally want to be around her.

Rebekkah isn’t concerned with what people think, and she wears what makes her happy. She doesn’t shave her legs. Or under her arms. And she isn’t freaking out that her daughter is moving to Japan for a year and that she will be living alone for the first time in her entire life. Just her and the dogs. No partner. No children. No job. Just Rebekkah and her spirit of possibility.

Rebekkah Skysong is Simply Skysong. She is who I turn to when I need to sing a solo or speak in front of a group or publish an article on my website. She has been very quiet lately–evidenced  by my overwhelming lack of blog posts in the past two years. Although there are about 14 half-written testaments to what has been going on in my life, Rebekkah hasn’t seen fit to get them out there.

So back to my revelation. I could just become Rebekkah. Why not? Change almost everything about me in one fell swoop. Hello, my name is Erika. This is who I am and this is my new story.

Starting at ground zero. So many possibilities.

Do you have an alter ego? Advice for starting over? Your own story to tell? Let me know!

Like Loading...
This entry was posted in Simplicity and tagged alter ego, Art of Possibility, essentialism. Bookmark the permalink.

One Response to Starting at Zero